In some ways we’ve always loved the concept of ?worldschooling,? or using the world as a classroom, long before we even knew it had a name. Having traveled my entire life and marrying an outdoorsy man, we loved how we felt as a couple being in this world together and learning from it. And there was no question we would continue to do so as parents.

From the time our 4-year-old daughter was a toddler, she was, like most kids, a sponge, soaking in knowledge that was rich, diverse and fun. And we, too, as parents, were excitedly learning right alongside her, from traditional school subjects to life lessons, developing new interests and deep connections all the while.

Once she reached preschool age, then, we couldn’t imagine how that world full of learning and living fit into a traditional schooling model. The indoors, the hours, the desks, the rules, the assessments?it was so very different from her first few years of life, so very different from how we hoped she’d spend her days and for the foreseeable future. We knew it wasn’t for us. 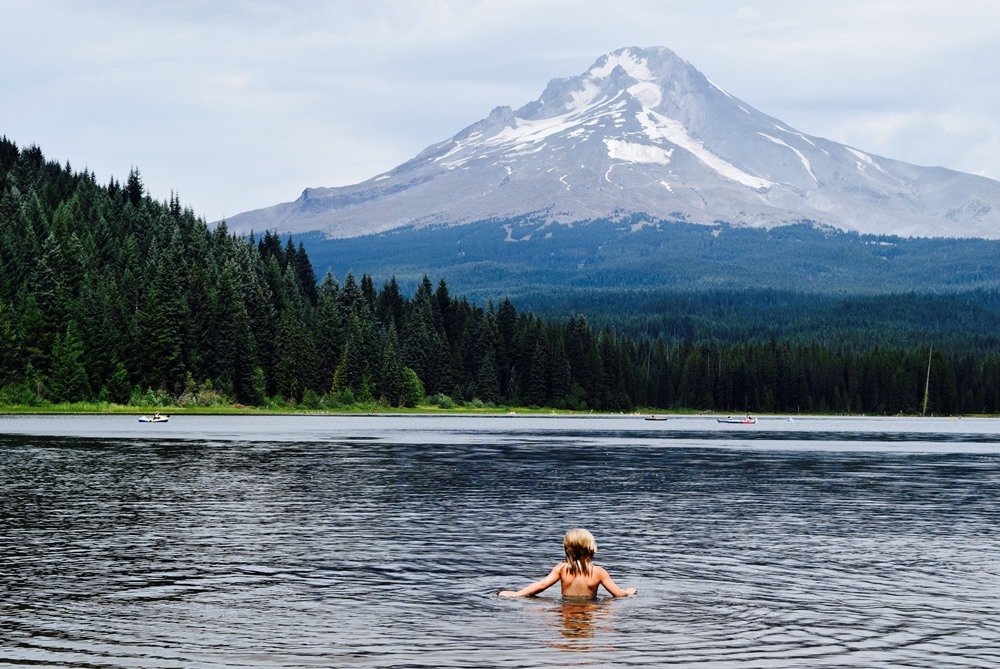 So after months of planning?working on ways we could logistically travel long-term by generating mobile income; renting out our New Jersey home and storing our belongings, and my husband taking a leave of absence from his teaching job?we embarked from June to September on a 100-day road trip across the United States. Heading westbound for the Pacific Ocean then south along the Pacific Coast Highway, ending in an eastward loop toward home, it was the first of what we hope are many worldschooling adventures as a family.

Given that we traded preschool for this, though, how could I sum up all the learning that happens on a cross-country road trip? What does our daughter learn by climbing inside the tallest trees on earth? By pushing herself and having others cheer her on as she hikes 2.2 miles to swim in a lake inside a volcano? By sitting at a campground swing set with other kids, each comparing the wildlife from their different home states? By traveling part of the route of one of her favorite book series, ?Little House on the Prairie?? By watching a bison walk down the road next to our car? By climbing among 300-million-year-old rock formations, along the bottom of what was once an ocean? By realizing that no matter where we are, things are different but also kind of the same?

Maybe, unlike other learning experiences, you can?t really capture it all. And maybe that?s fitting, because learning on the road doesn?t look like a traditional education setting. Our classroom doesn?t have desks or walls; it?s constantly changing, be it through our car or tent, or a national park, city street or museum. It is everywhere and anywhere. This trip threw new experiences at us, and all we had to do was grab hold and make the most of them. In that way, learning was constant. It was active. It was emergent. It was playful. It was life.

So with the world as our classroom, what was a typical day? While worldschooling differs from one family to the next, it was intentionally free-form for us. In other words, with my husband and I acting as ?guides,? our daughter directed much of her learning based on her interests, what we were exposing her to and the unexpected elements of our environment. 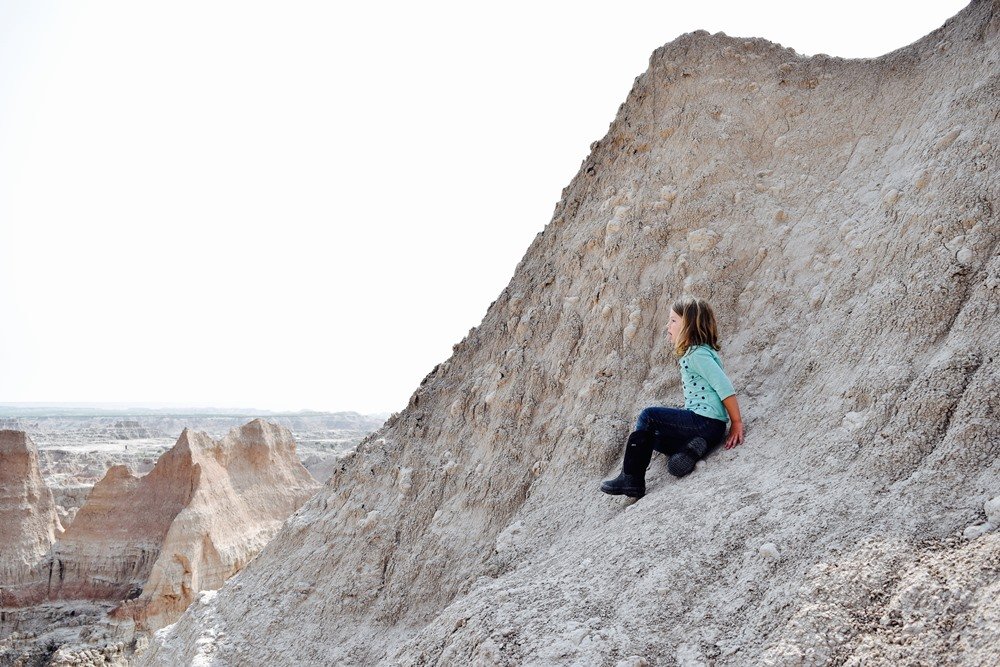 The three of us planned the route together according to places and experiences that interested us, allowing room to deviate based on new information, interests and suggestions.

Among other necessities, we packed a large box of play and learning supplies?including notebooks, art supplies, sewing supplies, activity books, Legos, figurines, outdoor gear, measuring tools, etc.?which our daughter could reach and engage with in the car and wherever we landed. Then we headed for our adventure, settling into a routine that typically included one of three day types: travel, exploration and settled.

Travel days generally meant driving about four hours from one destination to another. Those began with us working together to pack up our tent, saying goodbye to the place we had stayed and resetting camp at the new location.

Then on the road, we talked about the next set of adventures we could expect, all with as much geography and sense of time that a 4-year-old kid could possibly grasp. These days happened once or twice weekly, offering our daughter time for independent play, either at our site or in the car.

Exploration happened a few days each week, focusing on outings throughout the area in which we were staying. For instance if we were based around a national park, often the case, obviously we spent much of those days outdoors. We experienced adventures, found family-friendly hikes, joined Junior Ranger programs, and learned about the history and the ecology of each area. And when staying in a city, many of the outings focused on the local neighborhoods, art, science museums, sights and culture. 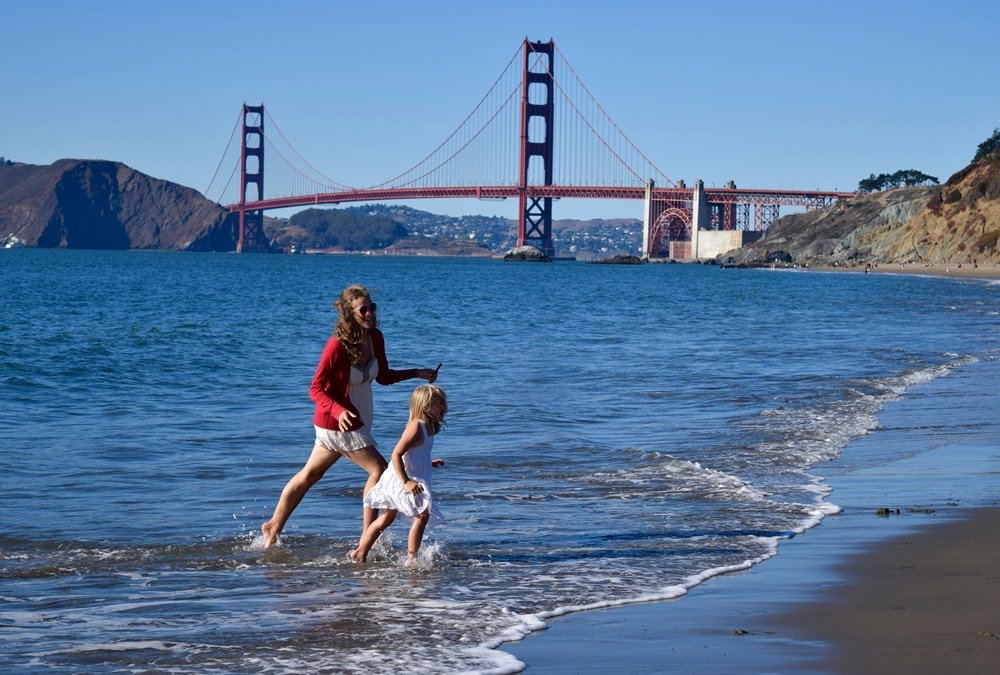 But our settled days included none of the above. A couple of times a week?waking up at a friend or family?s house, or, most likely, our tent?we made no plans to drive or go on excursions. Those were the days our box of learning supplies got the most miles, when we spent much time bonding, swimming, going for nature walks, making (or reconnecting) with friends, and taking advantage of WiFi when it was available.

So when we say learning was happening all the time, it truly was, just not in a traditional classroom. And it wasn?t just for our daughter; we parents were learning too. After all, we both had attended traditional schools, so it was difficult to cast aside our version of education. It took us adults some time to ?unschool? ourselves.

But when we did, opening ourselves up to rethinking the concept of learning, we were struck by the takeaway from these hands-on, self-directed life experiences offered to both our daughter and us. Unexpectedly, we were actively learning right alongside her, discovering new things that made us excited to learn even more.

As each day unfolded, we could cover a variety of typical school subjects. But the most impactful lessons were the ?life? ones, watching our daughter cultivate resourcefulness, confidence and perseverance. Witnessing her foster a respect for diversity, humility and human impact while also identifying her own needs. And more than anything, watching her understand life can be fun and full of adventure, even when she becomes an adult.

I am fully aware?and coming to grips with the idea?that our daughter may not remember all the many moments we?ve shared on this trip or our other adventures. Details will fade, they?ll never be as vivid as they are now, but those feelings can grow and shape our daughter into the person she becomes.

Travel, no matter how long or how far, is such a powerful way to experience the world and understand ourselves within it. It?s worth every part of the adventure, full of more learning than you could ever possibly imagine. And it?s all out there, one great big classroom, just waiting for you explore. Bon voyage.

The itinerary wasn’t fixed going in so we could easily change it as we went along. But we did have a general idea of where we wanted to go, making plans a few days to a week in advance.

From there, these were our major stops, focusing primarily on visiting National Parks: 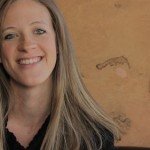 Norrie is the founder of family+footprints, a blog about family travel, outdoor adventure and worldschooling. Sabrina is also a co-founder of Forest School For All, a site for families to find, create and connect with outdoor-education and adventure programs. She is currently traveling long-term with her family across the U.S.