What  could possibly go wrong? Four boys jostling in a small space, no husbands upon which to pawn them of for a few seconds of peace? Much did. Over and over again. But that’s not the whole story.

The idea was born after my husband told me he was going away on a surf trip with our oldest son, Kyle. He chose to go the one week of summer when there would be no camp for our other sons.

I asked the boys, “What should we do?”

I didn’t think I’d survive the week without becoming a zoo keeper, and I wanted to have some fun, too.
I decided camping in San Diego would be the perfect activity for my restless boys.
There’s a beach straight out of the 1960’s with an attached campground, in the northern part of San Diego county called San Onofre State Beach. Three miles south of the city of San Clemente, off Interstate 5, at Basilone Road, it’s a long, sprawling sand beach just off the famous Pacific Coast Highway, Route 1, with barbecue pits, bamboo forests peppered with surf racks and pockets of laid-back surfers ranging from the hippie to the yippie leaning against modern woodies and sprawled out under palm frond overhangs.

I used to tent camp there with my girlfriends before our family started RV camping, but it had been years since our last trip.

I booked our campsite on Reserve America. Because of high demand for space in most campgrounds, normally I have to make a reservation seven months in advance, and it still isn’t easy. For some reason though, there were still plenty of spots available when I looked at weekday dates at the end of August, maybe it was because it was the end of summer and some schools would already be in session. 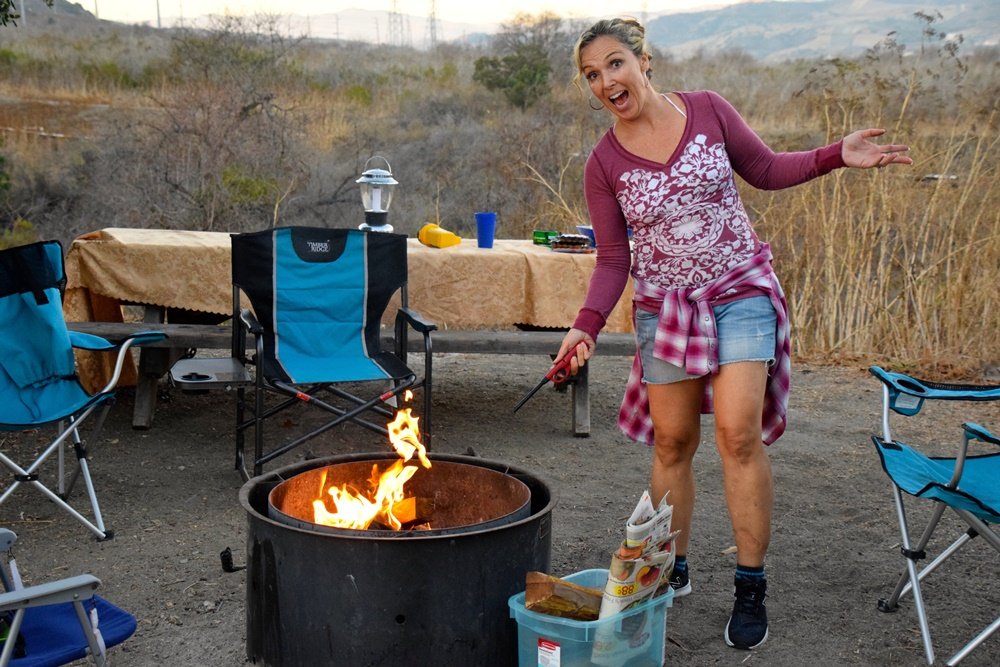 Tip #1: Stay at San Mateo Campgrounds
There are two different areas to camp at San Onofre State Beach , San Onofre Bluffs and San Mateo Campground. It’s tempting to choose the ones at San Onofre Bluffs because those sites are closer to the ocean, and I made this mistake the first time I went. That campground is also closer to the 5 freeway and the railroad tracks. When you finally lie down after a long day at the beach, it feels like the cars are inches, instead of feet from rolling over your head. When the train rolls by, you get the extra added pleasure of having the ground bounce beneath you.

San Mateo Campground, on the other hand, located one mile inland from I-5 (Exit Cristianitos) is still very convenient and quiet. It borders the Camp Pendleton military base and I recall nights in previous years when they would conduct war games and it was fascinating to watch around the fire. Peak season for camping is March 1 – October 31 but because San Diego has such a moderate climate, it is comfortable any time of year; just bring extra layers for the evenings starting the end of October.

Tip #2: Have an RV delivered to your site
There are companies that drop-off rental trailers at campsites. You have to find which are contracted with the specific site you want. The ReserveAmerica  website said Luv 2 Camp was my ticket for San Onofre State Beach. Renting from them ended up being about the same price as renting from a dealer, but much easier. We didn’t have to drive it ourselves or pay for the extra stuff, like kitchen supplies, already included with the drop-off. All we had to bring were chairs to put around the fire (which we used at the beach too), sheets and pillows for the beds, and towels. If you don’t use plastic, however, then you’ll probably also want to bring paper plates and cups.
Rental rates are divided into three seasons so check their website to find the dates you’d like to go. The minimum rental is three nights.

So, with the foundation of our 3 night trip in place, all I needed was a trail-blazing friend with kids to be my partner in crime.
I found a kindred spirit in my friend Lori, whose husband is not into camping and wished her well as she packed weekend gear for her two boys and herself. 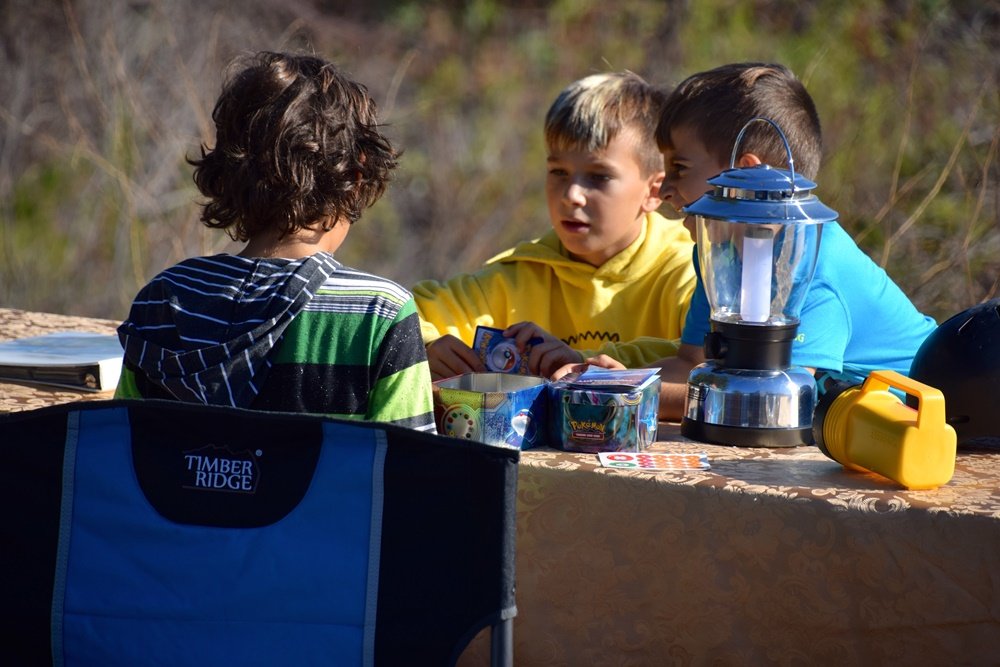 Tip #3: Use a list site
I’m pretty sure I have permanent mommy brain, a form of temporary amnesia affecting hormonally-charged and sleep-deprived moms in early parenthood. Only mine never seemed to have gone away – so lists are a must. There are several websites that are great for packing to go camping but I used the one at GoRVing.com  to help me remember all the little items that non-regular campers might forget. Like a first-aid kit. You must bring a first-aid kit because someone always gets hurt.

We unloaded our stuff fast because youngsters were getting restless and hungry. I had brought salmon to grill on the campfire pit and Lori tossed together a salad and pasta inside the trailer. That’s the really nice thing about having an RV, one gets a smidgen of comfort next to the rugged wild.

How to build a campfire:
All you need to build a killer campfire is dry wood stacked in a tepee formation, newspapers beneath it and lighter fluid sprayed over the whole set up. Perfect every time.

The next day found us up early and excited for the beach after a delicious breakfast of eggs, hash browns and turkey bacon. Score another point for the stovetop and refrigeration inside the warm RV.

We brought the typical items for an all-day beach trip: chairs, umbrella, sunscreen, hats, cooler packed with sandwiches, fruit and drinks and all those salty, snacky items.

One great thing about camping at this campsite is that a parking pass for the campground is also good as a day pass for the beach parking lot, thereby saving you $15. Try to get to the beach on the early side, as the lot fills up fast and you may have to wait for cars to leave before parking, yourself.

Tip #4: Bring a surf board or boogie board
One reason we love San Onofre State Beach is because it has the best and longest wave in Southern California. It’s the perfect place to learn to surf. We specifically like a section of the beach called Old Man’s. The lifeguard towers are painted with the names of the sections.

Amazon has reasonably priced foam boards that are perfect for beginners.

The waves were perfect the first day, small and long. All the boys went in and loved splashing around.

Tip #5 Bring a wetsuit and booties
Want to surf or boogie board? Bring a wetsuit and a pair of booties to protect your feet from the sharp rocks that cover shallow parts of the beach. We forgot ours.
The boys brought their spring suits, which are wetsuits with short sleeves and short pants, but we all forgot booties. If you forget or don’t have one, you can rent a wetsuit for $15 a day (and a surfboard, too) through a surf shop like Rip Curl.

Tip #6 Bring Bikes
Kids love to explore and there isn’t a better place to do it than around a campground. It really is like a little village where everyone looks out for each other, however I still made them stay together.

Tip #7: Bring a camera
It was time to go home and although the experiences we shared during the three days of camping lie more in our hearts than in these words or pictures – it will be through these pictures that we will be able to relive those special moments.
We not only survived, we thrived! 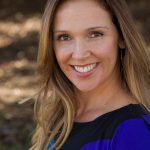 Rina Nehdar is a mom to three boys living in the suburbs of Los Angeles. You can also find her at www.mommyhasastory.com