To celebrate this year’s centennial anniversary of the National Park Service, my family wanted to do something really special, an epic, once-in-a-lifetime trip. So we packed up our truck and hit the National Park to Park Highway trail for a 7,000-mile road trip. It may sound crazy to voluntarily trap oneself in a car with three young kids for six weeks straight, and at times the crying, whining and complaining was unbearable, but our efforts were worth the payoff – an opportunity to experience the nation’s most beautiful places with my favorite people in the world. 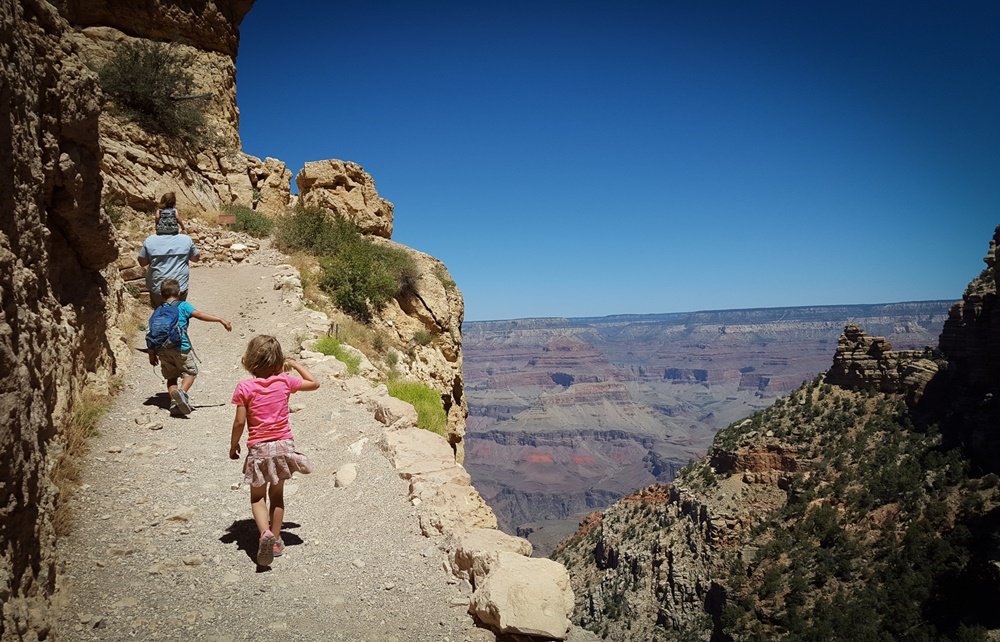 What is the National Park to Park Highway?

In the early years of U.S. national parks, access was limited to wherever the railroads went. In the first decades of the twentieth century the See America First campaign encouraged American tourists to travel locally instead of vacationing in Europe. With a growing popularity of automobiles in the early 1900s, more visitors wanted to see America via car. Roads to and through the national parks were often rough, with only dirt wagon tracks in many areas.

Even before he became the first National Park Service director, Steven Mather worked with a group of auto enthusiasts to create the National Park to Park Highway Association with a goal to raise funds and awareness to improve roadways in and around national parks of the American West. In the summer of 1920, American Automobile Association (AAA) routefinder Al Westgard  plotted a route through the 12 western national parks in existence at the time. It traversed seven states on a tour of 6,000 miles – the longest scenic auto trail of its time. On August 26, 1920 an inaugural tour left Denver, Colorado to drive the National Park-to-Park Highway, visiting the following parks in one grand loop: 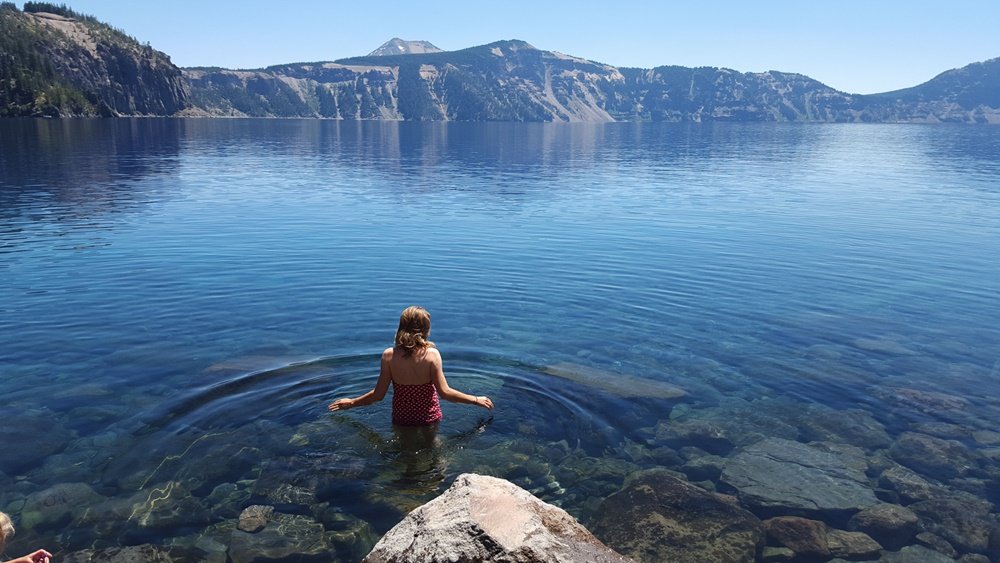 Another big change from 1920 is the increased number of national parks and monuments along the way. The National Park Service manages more than 400 sites, and choosing which ones to include on our National Park to Park Highway tour was like deciding what gifts I wanted for Christmas. There were so many choices and I wanted them all.

In the end, we limited our route to include the original 12 western parks, plus 10 more national Parks and Monuments. 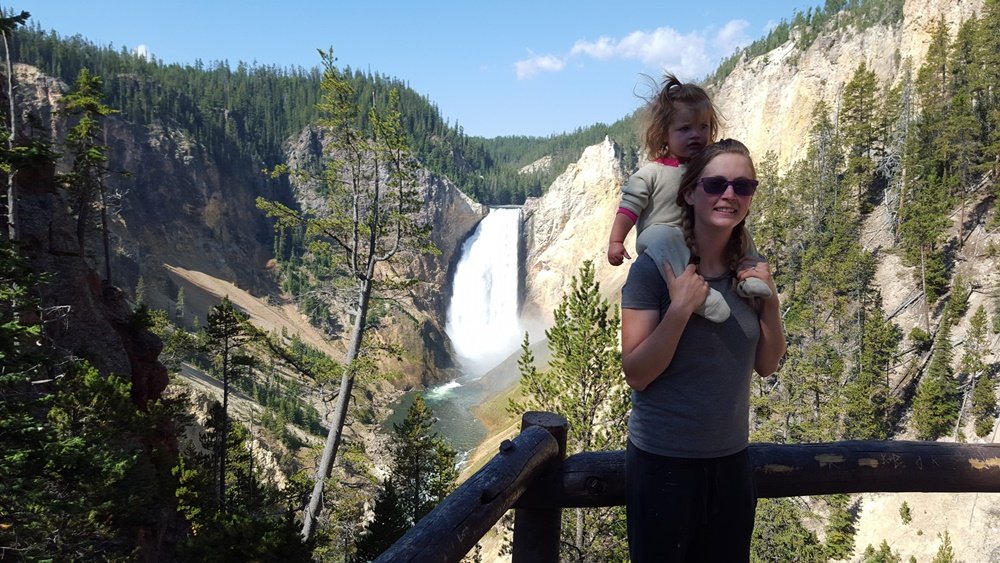 While the 1920s inaugural tour mostly stayed in hotels along the way, at times they camped, or sagebrushed, as car camping was known then. As an outdoor family we were excited to camp on our National Park to Park Highway tour both for economic and scenic reasons. With a bed in the back of our truck and kids sleeping on bench seats inside, we were able to surround ourselves with the smells, sounds and sights of each stop along the route and have quick access to hikes, visitor centers and swimming holes.

While setting up camp definitely proved to be an occasional hassle, it was worth the effort to let our kids run around, get dirty, and have campfires. Camping in the National Parks let us be part of the places we came to visit. At Lassen Volcanic we swam at Summit Lake just a few steps from our campsite. At Glacier we ate huckleberries right from the bushes. At Mount Rainier we huddled together for warmth from the rain. At Great Sand Dunes we watched a deer wander through camp while we swatted hordes of mosquitos and played in the sand.

Pro Tip: Check out this list of the best family camping tents under $100 to get geared up for the trip!

All along the National Park to Park Highway we saw famous geysers, the tallest sand dune in North America, homes of the Ancestral Pueblo people, the Grand Canyon, unique Joshua trees, the biggest tree in the world, the deepest lake in the US, a temperate rainforest World Heritage site, and glaciers on the crown of the continent. We learned about animals, ecosystems, and how humans fit into the natural world. We heard bird calls, dolphin splashes, elk grunts and a hiker’s warning about a bear just a quarter mile farther down the trail. We smelled eucalyptus, pine, and salty sea air.

The journey was exhausting, especially with three young kids in tow, but it was also eye-opening. Experiencing nature’s diversity firsthand taught me to appreciate how unique America truly is. Some animals thrive in the heat of the desert while others can only survive in the cold, high-altitude tundra. An ocean’s kelp forests support an entire ecosystem of fish and marine mammals. Mountain glaciers and streams provide water for rivers and lakes. 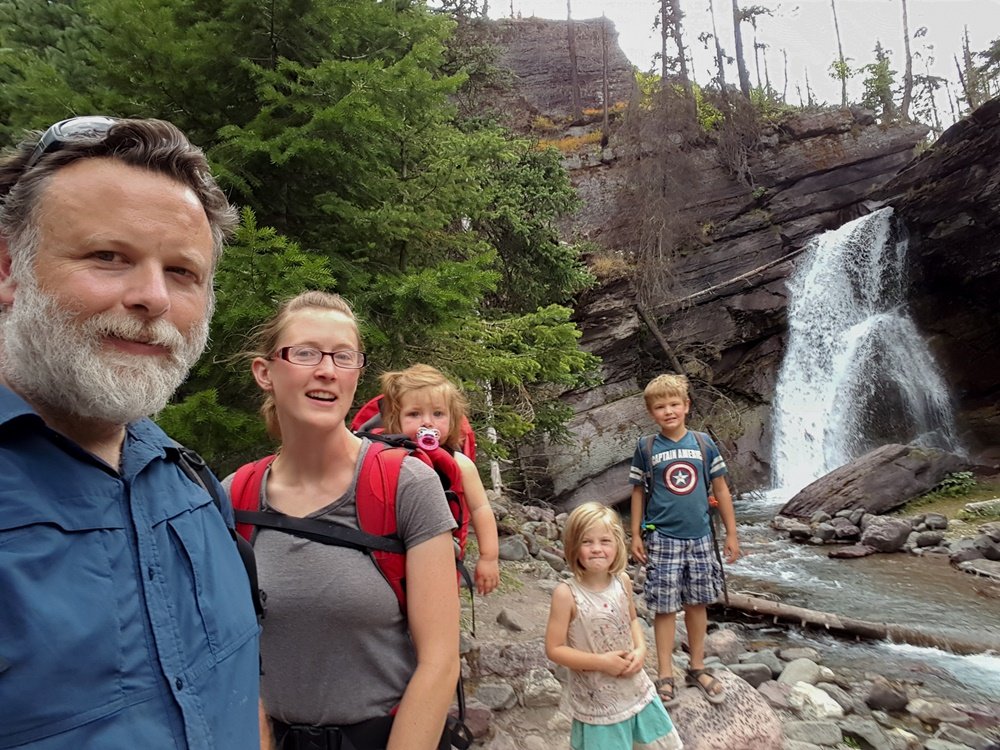 What Do You Do With Kids?

While stunning vistas and challenging hikes may be perfect for adults, any outdoor family knows that kids don’t love to just see scenery. That’s why we made a point to participate in the Junior Ranger  program in every national park or monument we visited. Kids ages 4-12 can complete an activity workbook and attend a Ranger-led program to receive a Junior Ranger badge. Our kids loved learning about different plants and animals through the workbooks, and often taught us a thing or two. Can you tell what species of evergreen tree produces the largest pinecones? Did you know the island fox only lives on the Channel Islands?

The Junior Ranger program was a mini science discovery class in every place we visited. We watched lizards flit across a desert trail at Joshua Tree and learned what adaptations help them survive in hot temperatures. In Yellowstone a ranger taught us the differences between Grizzly and Black Bears. At Olympic we learned about all the animals that live there, from banana slugs to spawning salmon to the herd of Roosevelt elk that frequent mossy, wet Hoh campground. 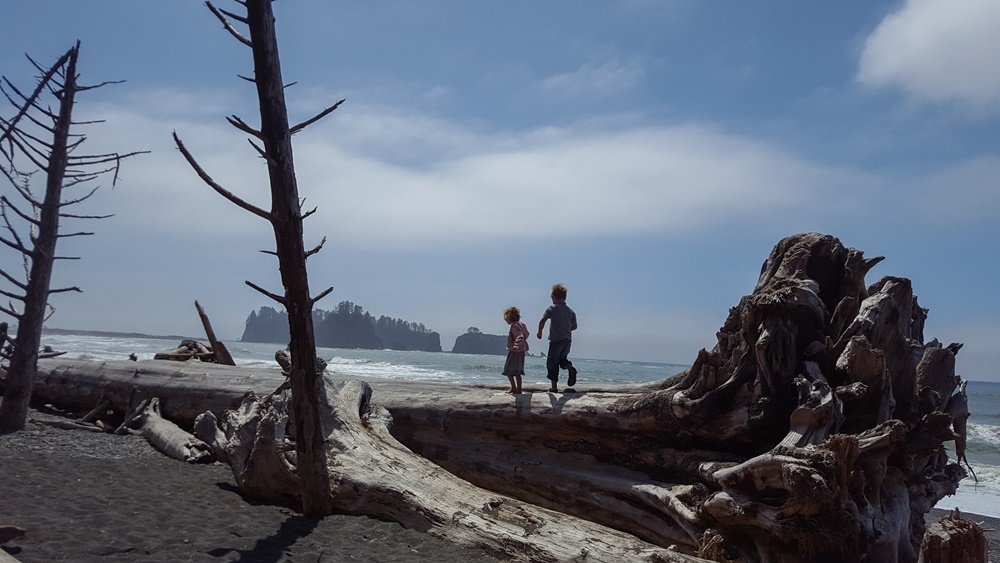 A Chapter in History

The National Park to Park Highway is a short chapter in American history, but its impact in my life was huge. Spending time on the road as a family forced us to focus on each others’ good qualitites, practice patience, and work together for a common goal. It gave us a mountain of positive memories and helped me simplify daily life.

I loved following the path of national park pioneers before me, experiencing beauty in all its many forms. It made me proud to be American that we put aside these special places for everyone to enjoy. Despite the squabbles, long hours and lack of personal space, spending six weeks straight as a family on the National Park-to-Park Highway was well worth it. 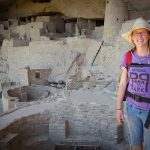 Susan Strayer from MountainMomandTots.com is all about getting families into nature. She lives with her husband and three young children in the mountains near Sundance, Utah. They hike, bike, ski and camp as a family as often as they can. Her favorite thing to do indoors is read.