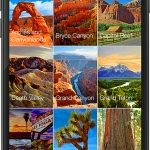 by Outdoor Families Magazine editorial team The App Gregory Morse had no idea that a summer 2013 trip to the USS Midway aircraft carrier in San Diego would be a life-changing experience. The Long Beach, Calif., father of three had opted for an audio tour of the ship for his family, including his two oldest kids, then ages eight and six, despite skepticism it would hold … END_OF_DOCUMENT_TOKEN_TO_BE_REPLACED