“The destiny of nations depends on the manner in which they feed themselves.” ?

If you were born during or around World War II, chances are good you remember Victory Gardens as a patriotic, home-front effort through which private citizens planted food to mitigate pressure on the country?s supply and increase American morale.

But for those of us born a few decades later, closer to the 1970s, it’s more likely the term conjures memories of a Public Broadcasting show by the same name, that, along with Bob Ross and Sesame Street, comprised the holy trinity of a solid PBS upbringing. Encouraging viewers to get their hands dirty in both garden and kitchen, The Victory Garden?program celebrates its 40th birthday this year as the longest-running gardening show in the country.

I cannot overstate how much I adore the idea of a modern-day Victory Garden: a family working together toward self-reliance as an act of patriotism ignites fireworks in my mind. If I were the Secretary of Agriculture, I would initiate a full-scale campaign to renew the Victory Garden effort. But the fact is, I?m not expecting a call from the White House any time soon, so I?ll settle for trying to convince Outdoor Families Magazine readers that we should all plant Victory Gardens.

If you think about it, food is so much more than what we eat; it?s our economy, climate, health, culture, energy independence, labor rights and national security. The way I see it, food is the root of, and solution to, a magnitude of our troubles.

For starters, it?s no revelation that today?s standard American diet is less than healthy. In fact, a study published in the March 2005 New England Journal of Medicine suggests that for the first time in two centuries, kids today are expected to live shorter lives than their parents, due in large part to preventable, diet-related diseases like Type 2 Diabetes. As parents, this should stop us in our tracks.

If that isn?t depressing enough, let me remind you that U.S. food?both healthy and unhealthy?travels an average of 1,546 miles. That doesn?t even account for energy required to grow, process or dispose of our food. What?s more, the current U.S. food system is largely dependent on non-renewable, fossil-fuel resources, contributing more greenhouse-gas emissions than any other sector of the economy besides energy. Further adding insult to injury, the vast majority of food-system workers do not earn a living wage. The end result? Significant socio-political and environmental consequences for all of us.

While there are big things we can and should be doing to create sustainable and ethical food policy, our family started at home by planting a ?Victory Garden.? In essence, it?s our patriotic way of connecting our family to the food that we eat while minimizing environmental impact.

In my opinion, a garden embodies a perfect blend of idealism and hard work. It?s my brand of hope. When I look at a seed, I see big, impossible dreams. And I?m striving to impart that hope to my children.

?Dat not eggplant, mama,? my two-year-old daughter tells me pityingly while examining the seed I placed in her palm.

And in a sense, it is practically magic that it works. But it is also about discipline and awareness, an effort that?s equal parts toil and awe. What more do you want to teach your children?

As 19-century philosopher Henri Frederic Amiel mused, “A modest garden contains, for those who know how to look and to wait, more instruction than a library.”??And, we?ve found that to be true in our home. It is staggering how easy it is to ?parent? around a garden because many of the big lessons we want to teach our kids are so clearly demonstrated in cultivating one: counting, measuring, planning, observing, comparing, contrasting, as well as topics like conservation, patience and persistence.

Just the other day, in fact, our four-year-old daughter offered proof of that, exclaiming, ?Oh, I get it! We help the vegetables grow, and then they help us grow.?

It made me want to brush off my hands and say, ?Whelp, I guess my work here is done.?

Next month, I will share details of our planning and planting process. While we have always maintained a small, urban-container Victory Garden, this is our first year attempting to supplant our dietary needs. Whether we succeed or fail epically, we look forward to taking you along for the ride.

In the meantime, please go plant something! I know you PBS Victory Garden fans are already reaching for the gardening gloves. 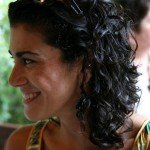 Elizabeth Small is a lawyer by training, writer by nature, and wife and mother by spirit. She has lived up and down the east coast of the United States, in Miami, Washington, DC, and Boston, and now resides in Connecticut. 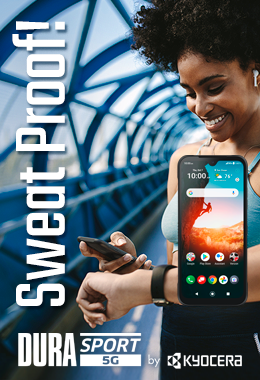