The scent of ponderosa pine and drying hay greeted me with shocking familiarity as I climbed out of my parents? car. Memories became a flood of both sorrow and joy as I planted my feet upon pastureland that had been such a part of my childhood years; if given more time, I think I might have grown roots like those of tenacious grasses that waved at me from along the creek and meadow.

Our family had gathered on ranchland settled by my grandparents just outside Missoula, Montana to celebrate the life of my aunt, the oldest of six kids, my mother?s sister. We sat through a beautiful memorial service, dabbed at our eyes with tissues, and ate ham and turkey sandwiches provided by church ladies before driving the 15 miles through hills of sagebrush and golden larches toward little Evaro, tucked away along U.S. Highway 93. It was here I had discovered my love of cows, horses, and wide open Montana spaces; how to herd a stubborn dogie toward the fenceline, know when and where to cut hay, and which creek supported minnows and jumping frogs. In a glorious jumble of aunts, uncles, and cousins, and led by my grandfather, a man who couldn?t have been more than 5?5? yet seemed as big as John Wayne or the Lone Ranger, we spent days and weeks at The Ranch, investing in our souls. But as often happens, I grew up and also grew distant from The Ranch, and Montana. Other things filled vacation time; college, my own kids, divorce, careers. We do that, I suppose, feel so comfortable with a place that we forget how important it is to reference it in person on occasion. I did that ? proudly talking about The Ranch as if it were Mecca, but forgetting to take my own family south and east to feel its nurturing effects, too.

The funeral took place on my 45th birthday. After the eating and drinking and hugging, cousins gathered with my mother and uncle, now the oldest and youngest kids of the six, at the remains of the former ranch house. Pine cones crunched loudly under our shoes as we spent an hour walking ?property upon the curve of an upper meadow. Auburn bunchgrass now grows where alfalfa had once fed my grandfather?s herd, and young douglas fir and ponderosa pines stand in place of living, breathing animals. It felt the same, though, as if we had all stepped back 40 or more years and emerged as younger versions of ourselves. The fences were still there, requiring a one-foot-up-one-down climb through barbed wire, a creek still bubbled through the back pasture. I half-expected my grandparents and aunt to come strolling up the lane, looking for us and wondering where we?ve been, anyway. Where have we been? The legacy of a place is as important as discovering new destinations. The grass won?t grow another season before I pack up my son and introduce him to this place, his place. His roots will grow intertwined with mine, then.

Where is your place? 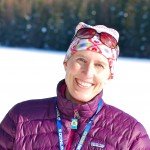 Erin Kirkland is Managing Editor of Outdoor Families Magazine. She and her family ?live in Anchorage, Alaska, where Erin publishes AKontheGO.com, a family travel resource for exploring the 49th state with children.?