by Dan Tilton – My family and I love the outdoors. But we weren’t sure if our recent move to Japan would keep us from enjoying camping, touring national parks, hiking, swimming and experiencing just about any activity that can be done with a 2-year-old child in tow. I was delighted to discover that not only do the Japanese enjoy the majority of these activities, but also that there were trails and beaches a mere 30 minutes from our home, including Sarushima Island.

That discovery started when my wife noticed a very large, steel ship’s mast across the harbor from where we ate lunch one day. We learned it belonged to a Japanese pre-World-War-I-era ship named “Mikasa,” the flagship for the Japanese fleet that defeated the Russian Navy in the Russo-Japanese War in the early part of the 20th Century, now ceremoniously moored in concrete.

Unfortunately we arrived too late to visit the ship that day, instead wandering around Mikasa Park and stumbling upon a ticket office. Nearby were four small ferries moored to the pier and a sign in English that said “Monkey Island Adventure.” Intrigued, we returned the following weekend and bought two tickets for 2,000 Yen, about $18 U.S. (children under five were free.)

As we boarded the ferry, the water was so clear I could see small fish swimming around and one rust-colored sea star. My son, Titus, didn’t notice because he was too excited about getting on the boat. He kept asking in “2-year-old-ese” if we were going to see some monkeys.

Sadly, Titus would be disappointed: There was only one monkey on the island, a carved version depicted on the welcome sign that read “Sarushima Adventure Island.” Sarushima Island’s misleading name comes from an old Japanese legend comprising several variants, depending on whom you ask, the most common one saying that an elderly Buddhist monk was shipwrecked on the island and was saved by a white monkey. The fact is, however, most visitors come to Sarushima Island for other reasons than seeing monkeys.

It’s true distinction Monkey Island is that it’s the only natural island in Tokyo Bay, boasting a wealth of history, trails and tidal pools, and a small but welcoming beach. It is well maintained and a convenient place to unwind without venturing too far from Yokosuka. The ferry ride was short, about 15 minutes from dock to pier, and provided great views of Sarushima Island and Yokosuka Bay. Ferries operate all year, although there are more ferry runs in the summer (every hour) than winter, and are subject to cancellation due to high seas and storms. 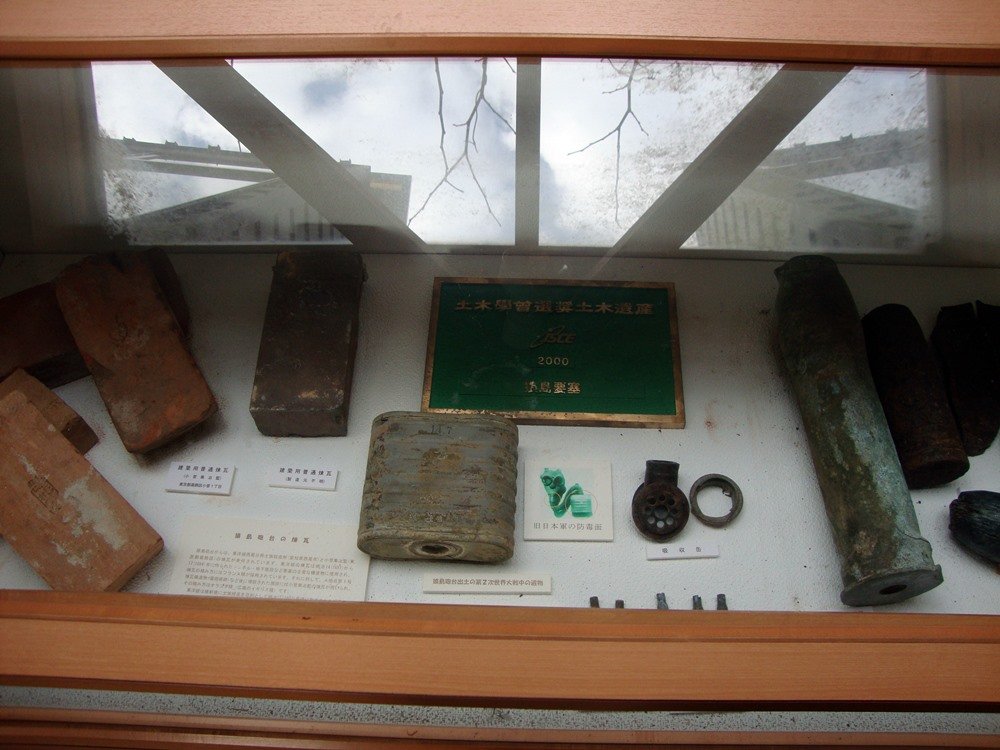 The History of Sarushima Island

The Sarushima Island has a fascinating history. First known as a fortress in the early 1800s, the island also includes many vacant gun-battery emplacements, brick storage areas and two huge tunnels large enough for modern vehicles to travel through. (That meant hiding the infrastructure from enemy boats, allowing a surprise cannon attack by invading forces.) It was also used as a sentry post during World War II to spot enemy aircraft or ships coming toward Tokyo Bay.

My son was most impressed with the enormous brick tunnel because it made a great echo chamber. But we adults appreciated the historic signs, offering pictures and some English, and the island’s museum, located in a small, unmarked building. Though nondescript, it turned out to be a quaint museum providing a brief history of Sarushima Island and displaying munitions, artifacts, insects and creatures found throughout the years. It is fun to look at, but unless they can read Japanese, visitors won’t be able to understand any of the text.

My favorite part of the island, however, was the trail system, a series of well-maintained and diverse pathways suitable for all levels of hiking. (They are not wheelchair or stroller-accessible.) Only the 2-mile (approximately) main trail is paved, and the others include stairs–lots of them–made from concrete but cleverly colored and shaped to resemble logs. There are also many small, open areas with great views, as well as several wood or stone tables beckoning visitors to take a break or picnic while enjoying the breeze and vistas. 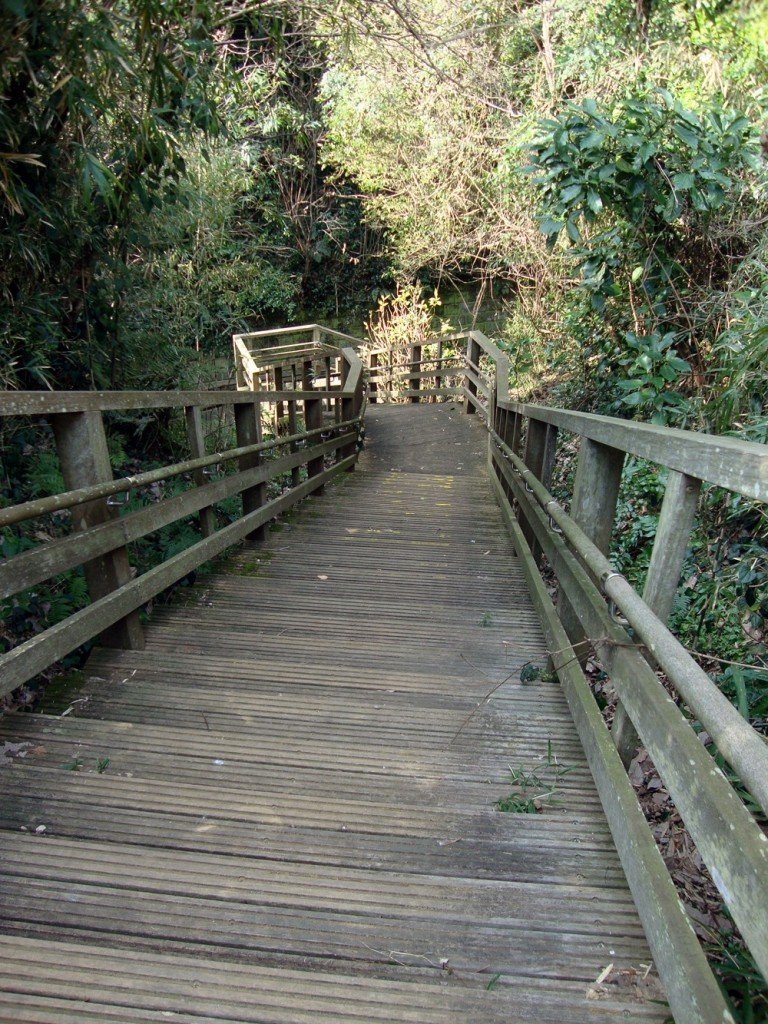 To walk the entire island at a leisurely pace, including a visit to the caves and tidal pools, would take about four hours. And for those who simply wish to relax, Monkey Island beach is open year-round. During the summer, visitors can swim and snorkel in the crystal-clear water, primarily beginning at the beach and making their way around to the back of Sarushima Island, where many tidal pools are located. Although we didn’t snorkel to the tidal pools, we were able to see lots of small sea creatures including starfish, hermit crabs and several types of waterfowl hunting for a fishy lunch.

One of the more popular things to do on Monkey Island is collecting shells on the beach after a storm. I was reluctant to do so at first because it was a natural area. But we learned that we were allowed to take shells home as long as you don’t take them by the bag. And by day’s end, after enjoying the trails, beach and history, we were worn out, content to sit and watch the ferry as it came to pick us up.

For those wanting to picnic, grilling is allowed in designated spots, but one must rent barbecue units and utensils from one of the island’s little shops. The stores also sell small hot and cold lunches during the summer, and rent fishing supplies, snorkels, life jackets and other items for 500 to 1,500 Yen (about $5 – $15 U.S). Shops are closed during winter months, but you can still visit the island. 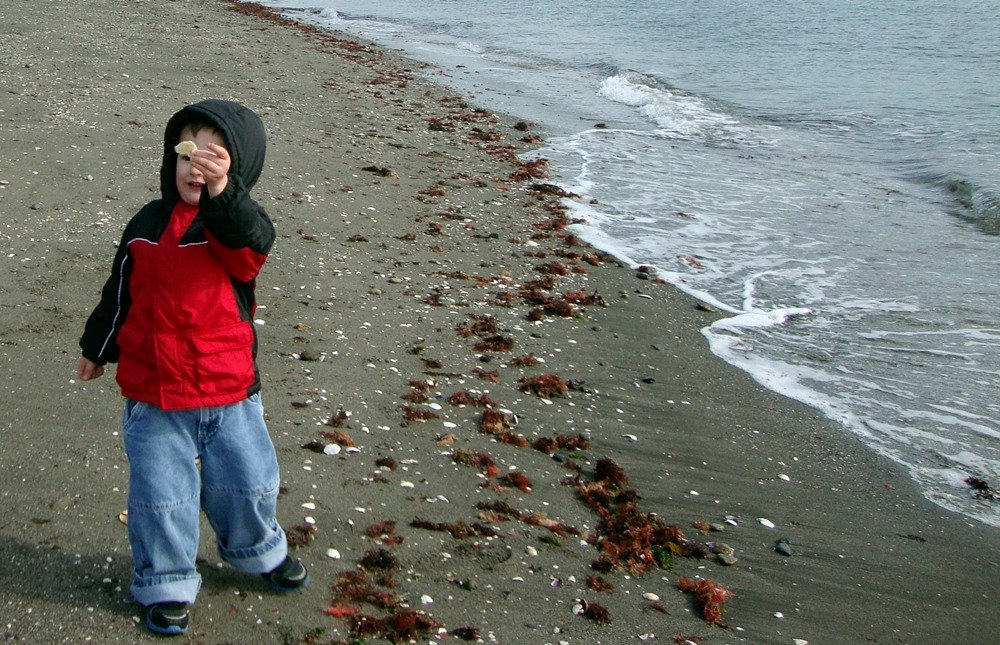 What To Know Before You Go To Sarushima Island

Dan Tilton and his family enjoy living abroad, exploring wherever life takes them for his work. So far, they have lived in Turkey and Europe, and are now enjoying Japan.