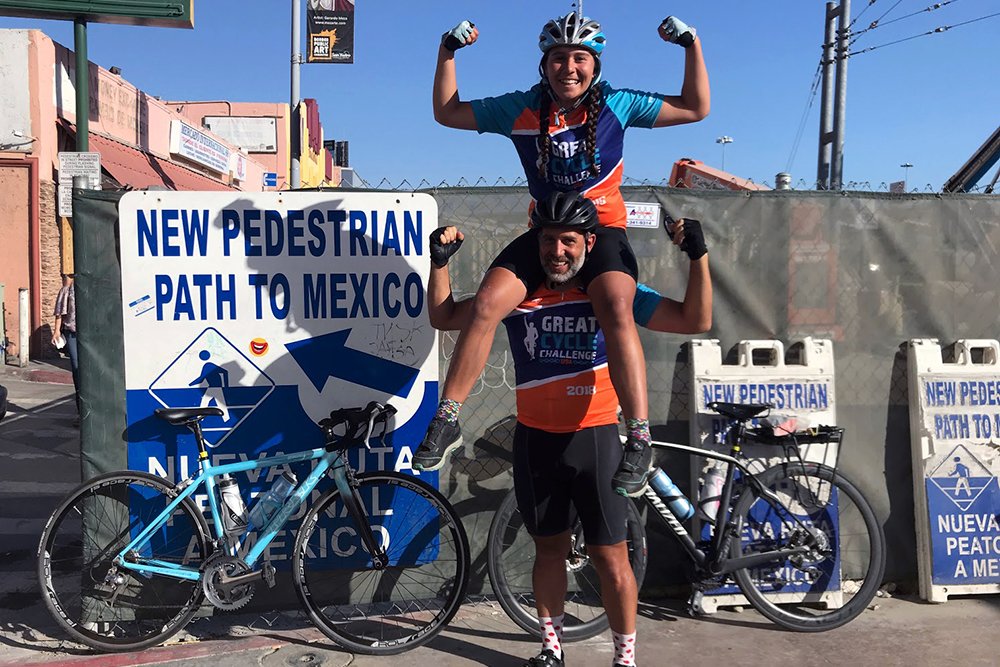 by Erin Kirkland – Most teenagers plan a summer of sleeping late, hanging out with friends, or a combination thereof. Katelyn Cardoza, however, has had a different agenda for months.
Katelyn, 13, and her dad, Jerod are currently somewhere along the narrow, hilly Oregon Coast, bicycling to Mexico in support of kids with cancer.

I caught up with Katelyn and Jerod by phone. They were at a little hotel in Hoodsport, Washington just a day into their 3,200-mile journey. They were tired, Jerod told me, but he was proud of what Katelyn had accomplished.

“This was a tough day,” he said. “And we have some tougher ones ahead of us.”

The Cardoza father-daughter duo trained a total of 1,200 miles before the trip, riding with local cycling groups on weekday nights and all day on Saturdays. It was a challenge first presented to Jerod by his dad when he was a kid, but he never followed through on the idea. This time, he said, he had a willing partner in Katelyn.

“She’s always up for adventure,” Jerod said, laughing over the phone, “But she didn’t know what she didn’t know, and the magnitude of training and now the ride is truly a commitment on her part.”

It was Katelyn’s idea to ride with a charity in mind. She and her dad researched the myriad options, when Jerod came across a website for Great Cycle Challenge (www.greatcyclechallenge.com), an organization dedicated to bicycling as much as possible to raise both funds and awareness for children’s cancers.

“That was perfect,” Katelyn said. 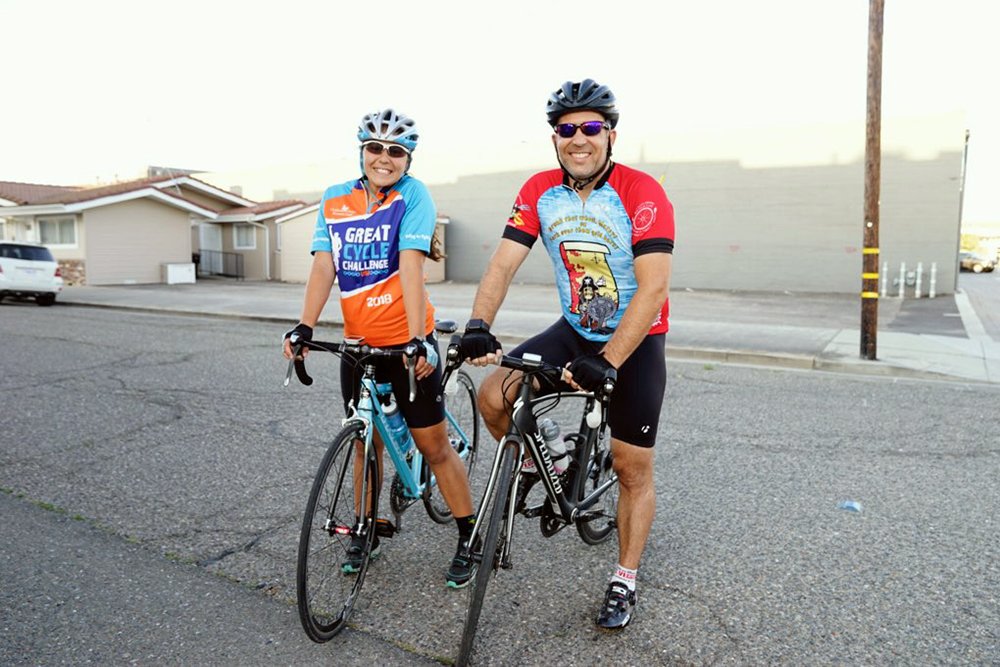 The Great Cycle Challenge started in 2015, and has grown to encompass a massive following of riders across age and ability spectrums. There is but one goal: Pedal toward a goal during the month of June, raising money from pledges. The organization has raised more than $9 million dollars since its inception, and Katelyn and Jerod can claim $11,000 of that, and probably more, if the ever-increasing numbers tell the truth on their Cycle Challenge page.

“What’s the hardest part?” I asked both Katelyn and Jerod, knowing well they had days and miles yet to contemplate the most difficult aspects of two-wheeled travel along the Pacific Coast.

Jerod was more practical, and parental.

“I am always, always worrying about Katelyn,” he told me. “I have a mirror on my glasses, I’m always telling her to slow down, because I know it only takes one misstep for things to change quickly.”

Both know it’s not going to be easy, and, in following their blog, CardozasBikeTheCoast, I saw evidence of chilly, hilly rides, flat tires, and tired legs and bums. But in every photo Katelyn is smiling, with the confidence of a kid who does, indeed, like to be challenged.

“If I start something,” she said emphatically, “I want to finish.”

Like the kids with cancer for whom they are riding, Katelyn said, she’s inspired every day, and maybe she’ll encourage someone else to feel like they, too, can do something big.

For Jerod, on the other hand, the joy of being with his daughter every day for weeks outweighs the challenging aspects, worry, and logistics.

“It’s one thing to talk about doing stuff with your kids, but I know now you have to just do it. They grow so fast, and then that time is gone.”

The Cardozas plan to ride up to 80 miles per day and completed their ride in Tijuana, Mexico on June 29th, but they continue to raise awareness and money. You can donate here.

Erin Kirkland is an Alaska-based author and freelance writer focusing on family travel and outdoor recreation. You can read her stories at AKontheGO.com.