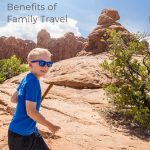 Oh yes, Ewan loves volcanoes, I say with embarrassed pride at a parent preschool conference, while my son scribbles May 18, 1980 and a drawing of a volcano on a white board with a dry-erase marker. Certainly all children have their obsessions. For Ewan, they are volcanoes, weather and drawing complete U.S. maps, but starting in kindergarten? I chalked it up to him being quirky, smart and interested in science (both his dad and I are scientists, after all). Yet my intuition told me something different when I compounded the list of attributes that gave me concern. A diagnosis in first grade proved my internal radar to be correct: Autism. Specifically, he has Asperger’s Syndrome and ADHD, or Attention Deficit Hyperactivity Disorder.
It’s been two years since Ewan’s diagnosis, and we still ride the parent rollercoaster of therapies, social stigmas, education plans and the need to feel normal (or neurotypical in the psychology world). With several challenges and successes under our belt, we have settled into a good place. The STEM-geared program at his public school has been a gift to a boy so interested in the world around him.

But, Ewan loves routine, not change. So when we contemplated cross-country traveling this past summer, we were hesitant. Could he handle it? What about the airplane? With thorough preparation, we knew he and his younger brother Henry could. At least, we certainly hoped so.

We planned a trip geared toward our budding geologist, now eight and in third grade. Last year, Ewan designed his very own Volcano Edition Monopoly game with Mount St. Helens and other volcanoes, so Mount St. Helens was high on the destination list, as well as Yellowstone National Park, home of the famous super volcano. Pretty soon we had a Volcanic Tour of the Pacific Northwest adventure in the making. We were happy to discover that the United States Geological Survey provides an interagency Access Pass for anyone with a permanent disability. It allows the pass holder and family to enter any national park, monument or forest without charge. So, with a note from Ewan’s doctor and $10, he received his lifetime pass in the mail and was happy that he could visit any volcano in the country for free. The next step was preparing Ewan for the airplane ride, which we presumed would be the toughest part of the trip, but we actually breezed through it with the help of a thorough social story of air travel and a stocked carry-on backpack as we flew to Seattle.

With our Roadtrippers and Google Map-designed itinerary in hand, our family adventure covered 2,500 miles across six states over 13 days. Our first stop was Olympic National Park; though not a volcanic site, its geologic features were formed in the same subduction zone as the Cascade volcanoes we would see later on. We walked along a lush green canopy trail in Hoh Rainforest and ventured a short stop at Hurricane Ridge. The Pacific coast provided a haven of large sea stacks and various rock formations, and plenty of sand, rocks, ocean and tidal pools in which to play, so we took a day to explore Ruby Beach. For boys who love water, it was heaven.

Our next stop was Mount St. Helens, requiring a long, hairpin-turn drive up to the Johnston Ridge Observatory. I am still in awe of the view that showed the huge crater carved from a seemingly small eruption. We enjoyed a ranger-led talk about the 1980 eruption and observed the destructive force of the volcano from the interpretive Eruption trail. The following day, we explored a lava tube, saw brave saplings returning to a landscape wiped out by a lahar (a destructive mudflow from a volcanic eruption) and hiked through Lava Canyon, including a 100-foot high cable bridge with spectacular views.

Mt. Hood, a Cascade volcano that has not experienced an explosive eruption, was a short respite as we traveled south to Crater Lake National Park. The crystalline, deep blue water was amazing and the boys could not resist taking a dip in it despite its chill. They loved the switchback hike down to the shore from the crater rim. The hike back up, not so much, but it was worth it. The small Rim Visitor Center had an impressive 3-D map of the lake bottom.

Craters of the Moon National Monument and Preserve in the Great Rift volcanic zone of Idaho educated us on different types of lava flows and cinder cones (a short, but steep crunchy climb up Inferno Cone was out of this world). Our rental car backseat had become its own eruption of paper, colored pencils and snacks on this long leg of our driving trip, but the kids were having a great time. We also made sure that most of our hotels had swimming pools for evening fun.

Grand Teton National Park proved to be another good choice to spend an extended day. We hiked the Hidden Falls trail at Jenny Lake (via a short boat ride to the trailhead) and spent the afternoon basking lakeside (the kids building cairns and getting wet), with the jagged peaks and glorious sunshine as backdrop.

The grand finale, Yellowstone National Park, didn’t let us down. I was pleasantly surprised to see how disability- and child-friendly the parks were. Rangers at the Old Faithful Visitor Education Center loaned the boys a backpack filled with a microbe color wheel, maps, colored pencils and an infrared thermometer gun (to measure the temperature of the springs and geysers, even the adults passing by thought it was cool) and we set out on a 3-mile walk around Geyser Hill to the Morning Glory Pool. Erupting Old Faithful, chromatic pools and steaming fumaroles made for the best classroom ever. Ewan earned his Young Scientist patch for his investigation of whether the thermal features were alive or not and Henry earned a Junior Ranger patch for visiting ranger talks and completing a workbook. Rangers taught us how to carefully observe wildlife (Ewan volunteered to demonstrate how far one should stay away from bison) and even how to use bear spray. Scenic valley drives, a hike down the Red Rock trail for a close-up view of the Lower Falls of the Yellowstone River, bison and pronghorn sightings and Mammoth Hot Springs rounded out our four-day exploration of America’s first national park.

Each day a new adventure lay before us and we all eagerly awaited the next visually stunning stop. Ewan never wandered off. He knew the rules: Hold my hand and do not run ahead. He was in heaven. He experienced only one meltdown on the entire trip: an uncomfortable head lamp and cold cave temperature, resulting in sensory overload. Even though some areas in the parks were crowded, Ewan was in his element with nature and I like to think that his interest in it helped ease him through potentially tough situations. He was able to tune out the crowds and focus on what he liked, the waterfall at the end of the trail, the rainbow-colored Grand Prismatic Spring or pumice on a volcanic trail.

Admittedly, I approached this trip with anxiety. It was a trip for my sons, and my husband and I would endure their nuances. Yet, I left it feeling as if I was the one who had been bestowed a gift. I am now fully excited to plan our next adventure that will nurture our son’s fascinations. Perhaps the grand southwest? 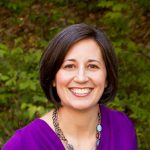 Jean Grant is a scientist by training, aspiring novelist, part-time education director, and a mom to two very active, nature-loving boys. She currently resides in Massachusetts.