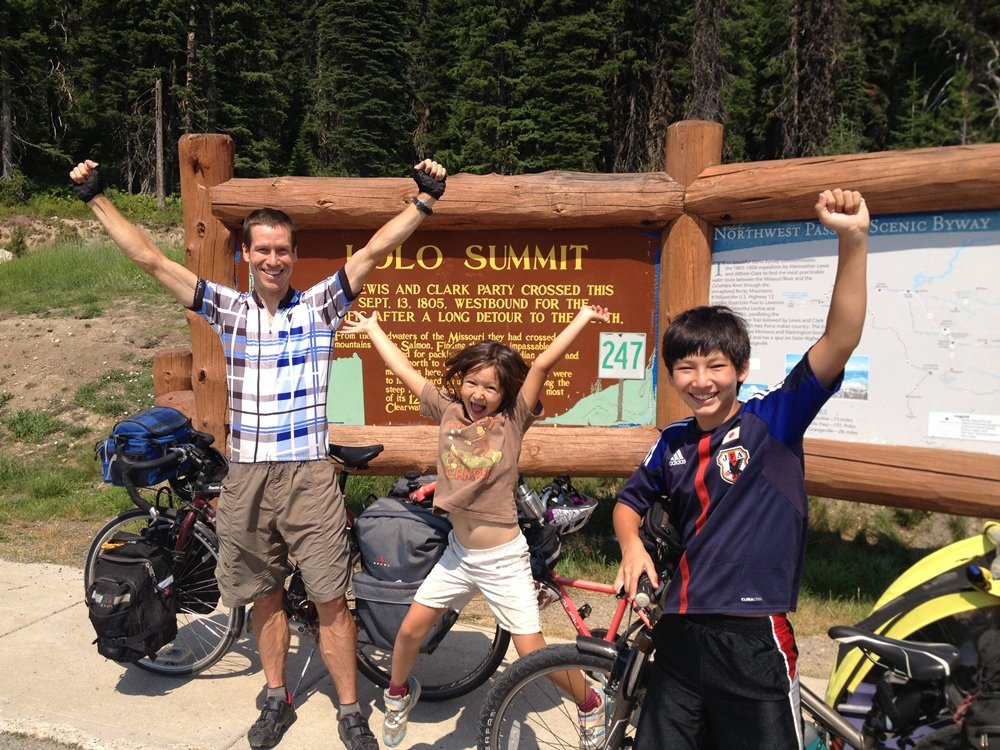 By 2013, National Geographic-featured adventurer and speaker Charles R. Scott and his two kids had already spent the three previous summers cycling more than 7,000 miles together in Japan, Iceland and Western Europe. So it was no big stretch that summer to embark on a fourth adventure in their own country: riding 1,700 miles of the Lewis and Clark Trail with his 12-year-old son and 6-year-old daughter, a journey he captures in his new book, “Daunted Courage: A Family’s Bicycle Adventure on the Lewis & Clark Trail.”

Why choose this itinerary?

Ever since I read “The Journals of Lewis and Clark,” which documented their 1803-1806 journey to the Pacific Coast and back, I dreamed of re-tracing their route, and experiencing a hint of the excitement of exploring and surviving in an unknown wilderness. My kids and I read the journals throughout the bike ride, looking for the same plants and animals the pair documented and comparing our relatively soft lives to these hardy explorers. Whenever we were struggling?with extreme temperatures, major storms and epic climbs over the Rocky Mountains, for example?we told each other, ?Lewis and Clark had it a lot worse than we do. If they could make it, so can we.?

What were you hoping to accomplish with your kids?

I think the most important gifts a parent can give a child are unconditional love and time. So spending an entire summer sharing a major endurance challenge with my children was my way of saying, ?I love you.?

It was also a great chance to connect with my kids because we worked as teammates to accomplish cycling unassisted all the way to the Pacific Ocean. We carried our gear, often slept in a tent, and learned to persevere through hardships like extreme heat and cycling over the Rockies. We also met many kind strangers who offered to help us, teaching my kids it?s okay to take calculated risks and ask for help when you need it.

I also wanted to teach my kids that life is about being resilient and diving fearlessly into your own adventure. At the end of our adventure, I told me daughter that I suspected very few 6-year-old girls have pedaled over the Rocky Mountains. ?If you can do that,? I said, ?think what else you can accomplish!?

Finally, we also added in conservation efforts by participating in a road-kill project through Adventurers and Scientists for Conservation, documenting the animals we saw that had been killed by vehicles. Afterward, we met with officials from the Department of Transportation to discuss ways to reduce road kill and car accidents by building small tunnels for animals to pass safely. We also gave presentations about our observations at schools and science museums. I hoped to encourage my children to think more deeply about the effect humans have on animals and our environment, and find simple ways to reduce that impact. 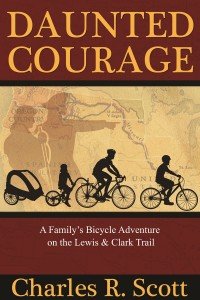 Were you afraid of this trip?

Yes. The title of my book “Daunted Courage” is both a nod to Stephen E. Ambrose?s book about Meriwether Lewis, “Undaunted Courage,” and my fear about undertaking this challenge with my kids.

As a father, obviously my most important role is to keep my children safe. And while many people supported our journey, others questioned my judgment. One guy who heard about our plans, sent me an angry e-mail that ended with, ?What the f@*! is wrong with you?? I always responded politely to the naysayers, explaining that there are ways to turn down the risk dial.

For instance, we chose a cycling-friendly route mapped out by the Adventure Cycling Association. We also had two bright-orange flags flying above our bike trailer to make us easy to spot. And we avoided riding too fast or at night. Most importantly, though, if the traffic just felt too dangerous, we pulled off the road into the grass until it was safe to ride again.

What were your kids’ best and worst moments?

His Best: The feeling of accomplishment when he saw the Pacific Ocean at the end of our ride and knew he had done something remarkable.

His Worst: Pedaling up Alpowa Summit through the oppressively hot, desert-like terrain of eastern Washington State. It was exhausting, and we nearly ran out of water to drink because we used so much to cool our bodies. He said, ?I actually gave up in the middle of that ride. But because there was nowhere for me to go, I just kept riding anyway.?

Her Best: Reaching the top of Lolo Pass, our final summit in the Rocky Mountains.

Her Worst: When we came across a deer that had been hit by a vehicle but was still alive. We poured water in its mouth, but there was nothing we could do to save the poor animal.

What would you tell someone thinking about making an epic adventure, in any capacity, but may be hesitant?

Make a plan, do your research and tell other people what you hope to accomplish. The more people you tell, the more likely you?ll follow through. Another thought I often include in my keynotes and workshops is that discomfort is the birthplace of resilience. If you?re intrigued by something you want to try but you?re intimidated, you?re probably onto something that?s probably worth doing. Listen to the nudge inside and see where it takes you. 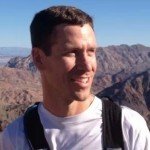 New York City-based Charles R. Scott left a 14-year career at Intel Corporation to become an author, adventurer and public speaker, presenting keynotes and executive workshops about developing an adventurous mindset. In addition to his cycling adventures, Scott is an avid runner, completing his first marathon at age 13 and since finishing six Ironman triathlons, in addition several marathons and ultra distance races. He uses his passion for running to guide disabled athletes, including helping the first blind runner cross the Grand Canyon and back nonstop in October 2014. His first book, ?Rising Son,? recounts his 2,500-mile journey across Japan via connected bicycles with his then-8-year-old son, Sho. To learn more about Scott, visit The Family Adventure Guy.